About me: Who is Christofix

Hi, my real name is Christophe and it all started in the last months of 2018 when I picked up an old hobby, woodworking.

I care a lot about nature. My education and work experience of more than 20 years in nature management is an example of this.
By picking up woodworking, I wanted to bring beauty created by nature into interiors.
I believe that the influence of the texture and color of wood ensures that each interior creates its character.
Out of respect for wood, other materials, and our environment, I had the idea to reuse as many materials as possible.
Because of reusing materials I can design pieces with a unique look.

At the end of 2018, I started converting my small garage into a wood workshop. The idea was that I could make woodworking jigs and wooden decorative interior items in there.
That moment was also the moment when I got the idea to combine woodworking with my new hobby, video and photography. A hobby that I had admired for years but had never done anything with.
I started learning how to film and edit and shared my adventures in the workshop online.
I did that with the idea that we can all learn from each other.
That’s how my YouTube channel was born.

Now, with this website, I want to inform my viewers even more.
I want to do that by writing blogs where I can explain step by step how to build the stuff I build in my videos.
The blogs are also the place where I want to share my free plans. You can download as much as you want.

Every Friday I upload blogs with tips and tricks to make woodworking easier for you. Don’t miss one of those blogs and subscribe to my newsletter.
That way you will get a notification every time there is something new of Christofix.com

About me | How I started woodworking 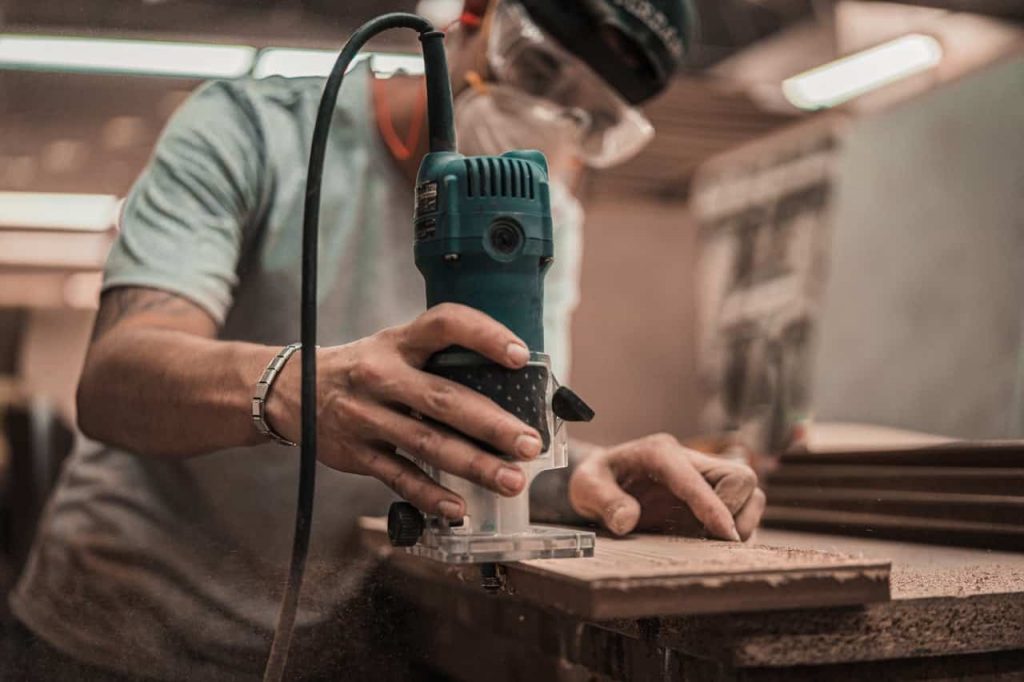 In this section I will tell you more about me rolling into woodworking.

I did have a background in working with wood, but my knowledge was minimal. So if I wanted to retrain, I had to look for information.
Training because of fixed times was impossible due to my personal situation.
So, I had to find alternatives so that I could learn in the short term and at the times that suited me.
After some research and filtering out courses, this is what I did to reach this point.

I wanted to use my small workshop efficient.
The ultimate small workshop seemed the right course for me.
This gave me new insights and practical tips on how to set up a workshop properly. That is how I could build a workshop that is tailored to my needs at a low cost.
All without years of trying and failing.

Later, I accidentally stumbled upon the wood profits course.
My idea was that I wanted to sell profitable products online. The teacher’s story was very similar to my story, and my interest in this increased.
The knowledge I have gained through this path has been very helpful.
I’m sure this knowledge will continue to help me in the future.

Selling stuff online is not a game and there is a lot involved.
That is the reason I looked for a way to support me in that process.
I subscribed to an online marketing classroom.
That’s a course that guides you step by step through the entire process. The entry price made me doubt at first, but the results are there.
Now I know for sure, this course is more than worth its price.

I think these are the best tips I could give you to start a woodworking business.
The offer on the internet is large but these 3 recommendations gave me great results.
They have helped me grow in my process of how I could convert my hobby woodworking to an income.

I hope this about me story will inspire you and you can do the same.

About me | My video/photography story

As I mentioned before, video and photography have been  fascinated me for years. I just love how you can tell a whole story with one photo or a few images.

Things started to roll In September 2018.
I promised my brother to help him to work in his garden.
After a few jokes and a conversation about my passion for video, we made the crazy decision to film everything. What started with a joke became a YouTube channel.

The first video was a very simple time-lapse where you can see how we sowed the grass.
To our surprise, people watched that video.
So why not try again?
Every time we did some projects in my brother’s garden, the camera was set up, and we filmed what we did.

But I saw more potential than just time-lapse videos.
In my mind were the beautifully edited videos that I had already watched on YouTube.
I wanted that too!

After a while I to change the subject from landscaping to woodworking.

From that moment on I was really passionate about making videos.
Every free moment of time, I searched on the internet and I went looking for what I needed as the basic material.

I was able to use a camera from my parents, for which I am extremely grateful to them.
A tripod and quick release system was purchased.
With these 3 items I had the basic material to film.
After a few months of experience with filming, it was time to take the next step.
To create smooth moving images, I bought my DJI Osmo pocket gimbal camera

After some research, I learned that there were editing programs that were free to use.
I downloaded Hitfilm Express and taught myself how to work with it.
Later I switched to Davinci Resolve, which I personally prefer to use.
The Desktop I use for editing has a video card that is powerful enough to edit images smoothly. That is  something you should look at when purchasing.
The monitor I use is widescreen. That way I have a good overview during mounting.

After a lot of practice, I managed to edit a video more and more. But, I was not satisfied with the quality of the images I shot. I was unable to learn how to film better quality. It was too complicated to find the right settings for my camera as a complete novice.

Until one day I got a tip on how you can quickly take perfect images with any camera. As a result, I got to know my camera better and also the techniques for filming. That made for better and more images that I could use in my videos.

You must know, I barely took a photo before and never filmed anything. So, it is perfectly possible to learn as a complete novice how to work with a camera fast. Through practice, I will always try to improve quality in the future.

Interested in all the gear I use? Check out my Amazon store.